On February 17, BTS dropped the tracklist of their album featuring 20 songs including a collaboration with Sia, a previous collab with Halsey on their record-breaking track ‘Boy With Luv’. While anticipation is too high, in very exciting news, singer-songwriter Troye Sivan has confirmed that he has co-written a song ‘Louder Than Bombs’ on South Korean group BTS’ highly awaited album, ‘Map Of The Soul: 7’. 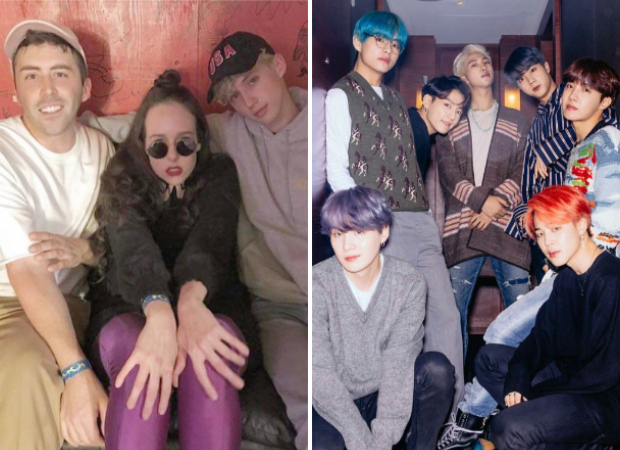 Taking to Twitter, Troye shared this piece of news with the fans and wrote, “Very happy to have co-written Louder Than Bombs on @BTS_twt’S album!  thanks for having me boyyssssss.”

Very happy to have co-written Louder Than Bombs on @BTS_twt’S album! ???? thanks for having me boyyssssss pic.twitter.com/IG1halBs9p

Along with Troye, songwriter Leland, who has closely worked with Troye, Selena Gomez, Andy Grammer, Ariana Grande, Kelsea Ballerini, has also contributed to the song. American singer Allie X is also one of the collaborators too. Interestingly, Troye’s song ‘Youth’ from his debut album ‘Blue Neighborhood’ was co-written by Sivan, Bram Inscore, Brett McLaughlin (Leland), Alex Hope and Allie X. So, one can say that this BTS song would really ‘WILD’.

“Louder than bombs” by @BTS_twt coming out on their new album Map Of The Soul 7! @troyesivan, @alliex, & @BramInscore #bts pic.twitter.com/na3gHLeFEN

Random surprise – we wrote a song with @BTS_twt coming out on their new album Map Of The Soul @troyesivan, @alliex, & @BramInscore #bts YEP! ???? pic.twitter.com/jQ23gKPyhI

BTS members, RM, Jin, Suga, J-Hope, Jimin, V, and Jungkook, have spoken about their fondness for Troye Sivan and his music in the past. In 2017, BTS unveiled the Love Yourself Highlight Reel in which J-Hope and Jimin were seen dancing. But, when the practice version video was shared, the duo had practiced their whole choreography on Troye’s hit track ‘Youth’. The members RM and Jungkook have also done a cover of ‘Fools’. Since then, they’ve had several exchanges via media interactions but never actually got to meet each other (not that we know of yet) or collab until now.

Here is the tracklist:

DJ Swivel, who has earlier worked on ‘Euphoria’ remix, has co-written ‘Moon’ and ‘We Are Bulletproof: the Eternal’. Arcades UK duo is once again collaborating with BTS after ‘Mikrokosmos’ and ‘Jamais Vu’. They have co-written ‘Inner Child’ along with Kool Kid, Adien Lewis, and Ellis Miah.

I am honoured to be a part of this beautiful album. Blessed to have co-written track 14 #InnerChild with my boys @BTS_twt @arcadesuk @adnlewis @IamEllisMiah

Thank you Army for being the best fanbase In the world & accepting me. I love you????#MAPOFTHESOUL7 #BTS#BTSARMY pic.twitter.com/lcdwwhAm2V

ALSO READ: BTS releases tracklist with 20 songs for upcoming album Map Of The Soul 7, features a collaboration with Sia